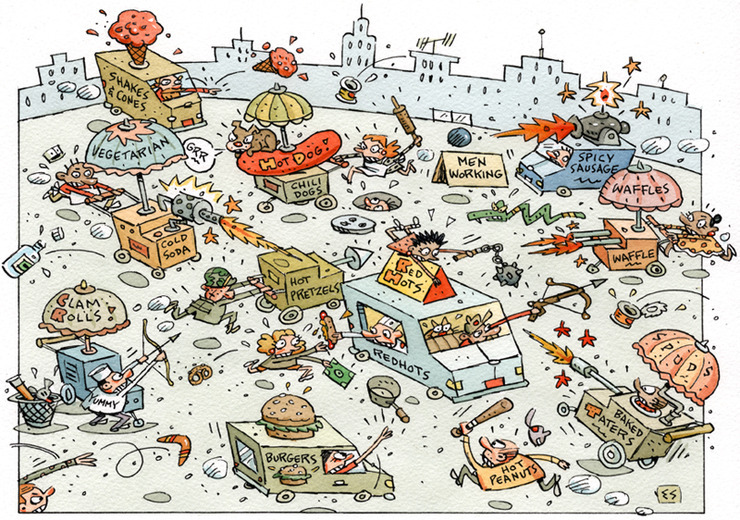 NY Times art director, Nicki Kalish, called the other day with an assignment. It's always a pleasure to work for Nicki and, of course the Times, but this was an exceptionally fun project. Normally my favorite kind of job is a simple spot, but it's also a welcome challenge to jump into the roiling waters of a complex "mob scene" illustration. "Turf War at the Hot Dog Cart" by Julia Moskin, is--as the headline suggests --a story about the increasing hostility between NY City street vendors. I was asked to create an unruly mob of vendors at war. The editors asked me to avoid handguns of any kind--probably because an angry vendor could easily carry (and put to use) a loaded pistol--but otherwise they gave me the freedom to draw any weapon I thought my characters might wield. What red-blooded American humorous illustrator wouldn't delight in the opportunity to arm a band of crazed citizens with loaded cannons and hard rock maple rolling pins? Delicious.