JULY 20, 2009
This drawing started out as a tribute to the first landing on the Moon 40 years ago today.
“One Giant Leap.” Gradually  while constructing it a more personal piece developed as I
reflected on what I was doing that same summer of 1969 and my own voyage into
unknown regions, but mine was a much different kind of trip. “One small step.”

Up to then, 40 years ago my total World Experience of 19 years had been confined to
suburbia and the small cities and towns of upstate NY,  but that was about to change.

A 12 week summer job through my community college had me living in New York City
and commuting to a video production facility in Brooklyn. At first I lived in a hotel room
up in midtown on Madison Avenue, but within 2 weeks relocated to a shared studio
apartment in a seedy West Village hotel on W. 10th St.

Without going into details I will just say, that summer and all I experienced was just what
this squeak needed to blast off and land on a planet of my own. 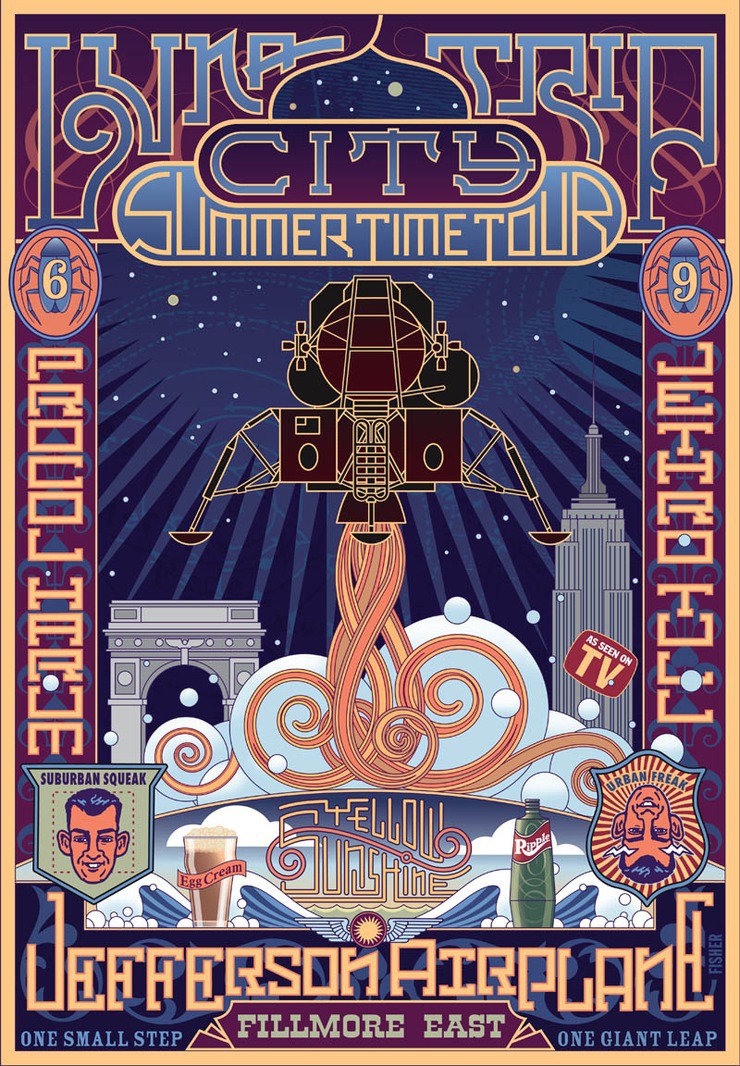