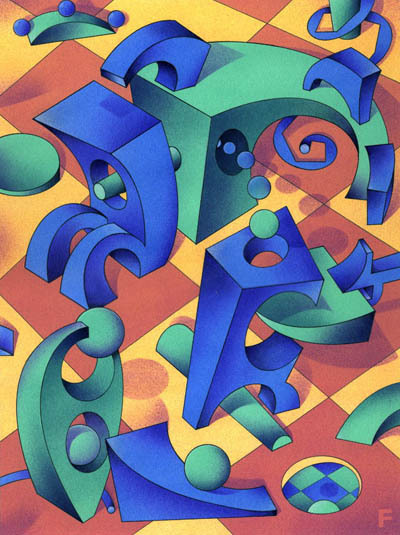 I started doing a gigabyte of work for software and hardware companies back in '84 but it wasn't until 14 years later that I started working on the blasted devices. During those years people repeatedly said my style would translate well to being computer generated but I continued with airbrush, gouache, an inking pen and colored pencils. The paint was sputtered out at 16 lbs. pressure to get a grainy textured effect. Back then so many of the articles were very bland and technical but all pretty much pushed the same idea that 'Computers are our friends and will make the future so much better'. Ha Ha.
Often I kept computers out of the image and instead tried to use some abstract imagery and shapes to illustrate the articles.
I cant remember the particular articles messages but here are a few where I played around with some fun shapes. 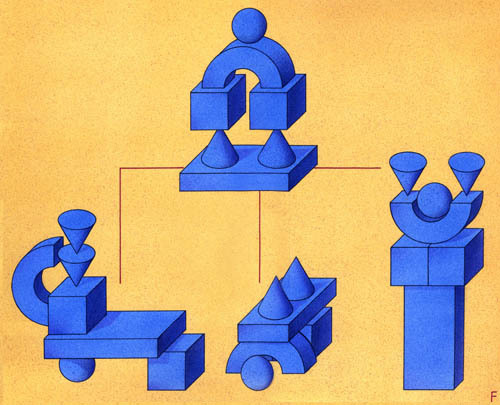 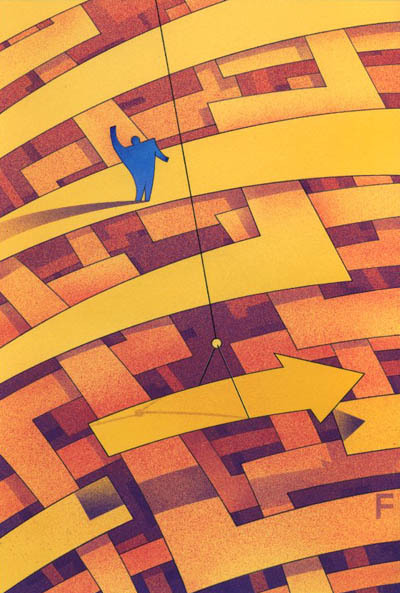 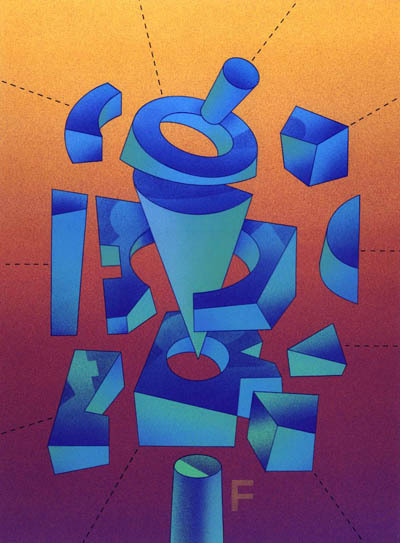 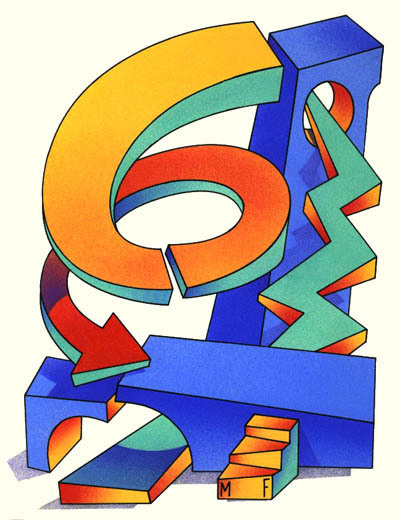 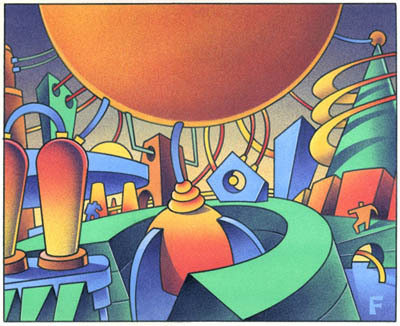 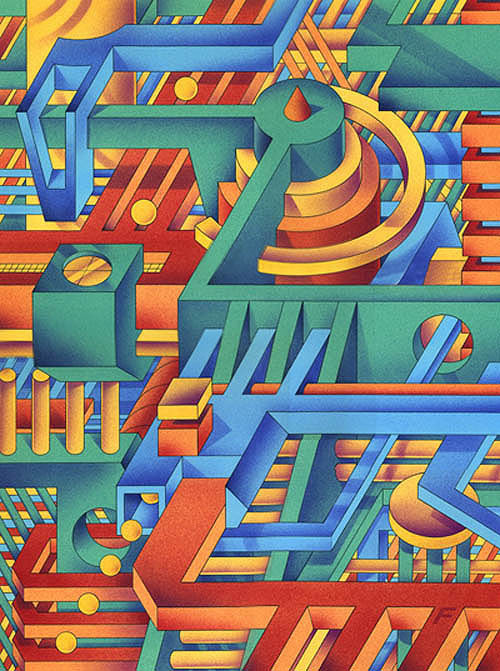